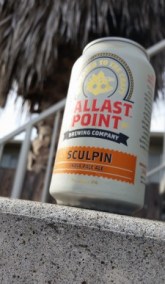 Just in case you were camping in one of the few places left without internet access, Ballast Point Brewing and Spirits was purchased for $1,000,000,000.00 (yes, $1 billion) by Constellation Brands, owners of Modelo, Corona, and many other beer, spirit and wine companies. The dollar amount is an estimate as the actual workings of the deal are cash and debt absorption. This purchase price is very high based on usual formulas used for acquisitions. Ballast sold their company at a premium price, roughly $3,500.00 per barrel produced when recent craft brewery purchases were closer to $1,000.00 per barrel. For more details on the statistics and the actual press release, please read this West Coaster article.

Individual brands of the spirit side, like Fugu Vodka and Devil’s Share Whiskey, are still owned by Jack White and Yuseff Cherney, but the Ballast Spirits trademark was purchased by Constellation. Indications are that Jack and Yuseff will start a new company to continue, making this a complicated issue of the purchase. It makes sense to me, since Constellation has many more spirit companies than beer, that this trademark was enticing for them.

Many people in San Diego found this news shocking and little bit of a punch in the gut. I’m one of them. I completely understand this is a staggering, life changing amount of money. I recognize that the workings of the deal state intent to leave Ballast untouched and allow them to continue making the exceptional beer they currently produce. I’m proud of them for their amazing hard work, development of a valuable business, and their integral contributions to the overall San Diego craft beer industry and community.

I’m saddened they are no longer the shining example of our hometown they once were. I don’t want our city to be where independent, amazing beer breweries open, thrive, and are sold to the highest bidder. I want San Diego to develop into a multi-generational region known for the most exceptional, artisanal beer in America. The community and industry will have to survive for many more decades for that idea to come to fruition. Having our local breweries owned by major corporations will send the economic benefit of this growing industry to other cities or countries.

I want to be clear, I hold no grudge or ill will towards Ballast Point, this deal will raise the value of the entire craft beer industry, and definitely falls into the “too good to pass up” category. They make amazing beer, they helped establish the quality our city demands and is known for. The ownership and employees are great San Diegans and we should celebrate their triumph. 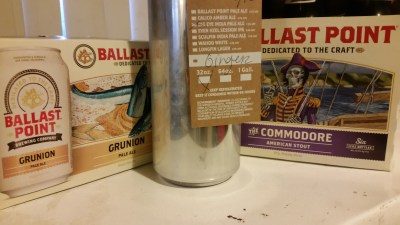 Personally, I will avoid giving BP my money moving forward. If someone hands me a Sculpin at a party, or something, of course I’ll drink it, it’s a terrific IPA. If I’m at a place that only has Bud, Corona and Big Eye available, (although that would be odd) I’ll definitely buy the Big Eye. In the future, when I go to a brewery it won’t be one of theirs; when I go to a bottle shop I will no longer be buying 6 packs of Grunion (which hurts me in my soul). I will do my best to support the independent breweries in our city, a term that big corporations can’t systematically chip away at to create consumer confusion. The phrase “craft beer” has an accepted definition but these purchases have lead many of us to believe the moniker is losing its weight.

We propose the use of #IndieBeer to denote the vast majority of the great San Diegan breweries that are not owned by corporate interests. The hash tag was actually coined by my friends over on the Three B Zine podcast. Let’s here some thoughts on it from two of their members, first up is Cody:

When the news broke, like many others I was shocked. But, as we said on our latest episode we soon remembered that we have over 100 local and independent breweries in San Diego still to choose from. Most of which are of world-class quality. Because of this, I choose to spend my beer dollar on the great, locally owned and brewed beers we are so lucky to have within arms reach. “Craft Beer” is a term that big beer has been trying to not only be a part of, but also steal from our tight knit and proud community. To take the weight out of their threats and attempts to stomp out what we have grown to love and support, we have decided collectively at Three B Zine Podcast to stand by Independent Beer or #IndieBeer. Indie Beer, a local brewery where you can see a direct effect of your dollar being spent. Anyone can hand “craft” a beer, but big beer can’t claim to be #IndieBeer, as they are not independent. Much love and respect to Ballast Point, their hard working employees and their 20 years of innovation and dedication to SDBeer. Long live #IndieBeer.

Following him with have Tom who also the man behind HoptologySD:

The sale of Ballast Point to Constellation Brands was a shock to me. Not because the beers they make aren’t world class, but because they were one of the local guys. This is the brewery that was my personal gateway to a better beer drinking experience, and I’m not alone on that by a long shot. Ballast Point helped to set the incredibly high standards for great beer in the city of San Diego with their staunch belief in great ingredients and attention to quality control. If any brewery has earned the right to be sold for a billion dollars, it is Ballast Point. This is a company with a lot of class and has busted their asses for 20 years, from Jack White, Yoseff Cherney, Colby Chandler and every person in their employ, these are good people who deserve all of their success. San Diego is losing a great local brewery, but the rest of the wold is gaining a great one.

What the sale did was reinforce our belief (mine and my ThreeBZine Podcast colleagues) that the term “Craft Beer” has been appropriated by major corporations and twisted into something it was never meant to be; a marketing tool. Big Beer has seized what was once a badge of honor and now uses it to capitalize on the exponentially growing demand for alternatives to the bland, fizzy, yellow product they have rammed down America’s throat since the end of Prohibition. Now is the time for #indiebeer to rise. Independent is one term that big beer can never be. Most of us love to drink the great beers of San Diego because we love supporting local breweries and helping to keep our money where it is needed most; with small, local, independent brewers who are taking their beers to the next level with innovation and great tastes. Ballast Point may be gone, metaphorically, but one thing San Diego will never be short of are top level brewers of independent beer. #indiebeer

As many of you know, I have recently joined the SD BeerTalk Radio podcast, here are the thoughts of my partner, Greg Homyak:

When you look up the term “craft” in the dictionary, it is defined as “an art, trade or occupation requiring special skill”.  When you add the term “craft” to beer then it gives the idea that the beer produced is from a skilled artisan.  That was the intent of the originators of the term.  However, in the last year this term has lost a lot of its meaning.  With the purchase of many craft breweries by big beer business, are these acquired breweries still “craft”?  In most cases the beer is still brewed with the same recipe and sometimes by the same people.  But in the minds of many consumers, “craft” is no longer the word they would use for that same liquid.  Myself, along with some other people in the media, will start using the term “Indie” beer as to more accurately portray that the brewery we are giving our hard-earned money to is independently owned.

What does this all mean? To us, and several others, it means the portion of the craft beer definition that refers to ownership is very important. The industry was founded on a core belief that beer quality needs to be the focus, not supporting a corporate entity. I can’t say that Ballast, or any other purchased brewery, will make less quality beer. I can say that by supporting #IndieBeer you can keep your contribution to the economy right here in San Diego. I feel that is very important; if it becomes a focus of enough of us, it will ensure the success of this industry and community for generations. 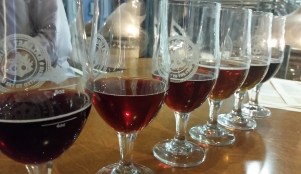 Cheers to Ballast Point for the highest valued craft brewery sale ever. The true importance of this purchase may not even be known for years. This may change the way all future brewery transactions are handled. The real winners may end up being the independent breweries that can leverage that type of valuation to expand on their own terms, without answering to anyone. If BP is worth $1B, what is Stone worth? I’m not going to try and answer that question but it is any interesting one.

I hope you will join us in supporting #IndieBeer and keeping your hard earned money right here in the Capital of Craft, San Diego! You’ve heard what we think; what do you think? Tweet me @soreeyesuds or comment below!