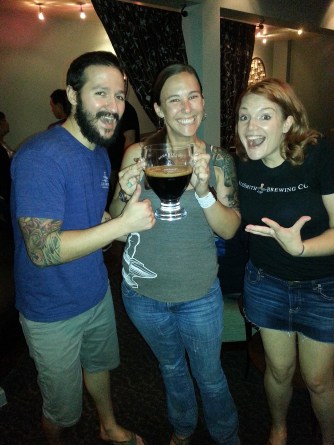 You, the greatest followers on Earth have spoken and selected the 10 finalist San Diego craft beers for the 2nd Annual Sore Eye Cup! These are the beers we will judge on August 14th to determine the winner that will be announced at the awards party on August 22nd. Make sure to check into the Facebook event if you’re coming out to celebrate the amazing craft beer we have here in San Diego. Everyone is invited, including you, come out and enjoy some $4 pints and $5 burgers!

Alright, let’s get to it. Ladies and gentleman, the 2014 Sore Eye Cup finalists:

Congratulations to Alpine, Benchmark, Belching Beaver, Societe, Modern Times, Rip Current, and New English for making it to the final round! Emails will be sent to each brewery today! Thank you to everyone that voted, this would not have been possible without you and remember to come out to the 2nd Annual Sore Eye Cup awards party on August 22nd!