I have been talking about Albert’s BMX talents for years. I’ve even been lucky enough to work with him on a few occasions and I can tell you there isn’t a more humble, cool and deserving rider out there of this new badge of glory. More than 2 years ago I wrote an article titled “Albert Mercado Should Be Pro” but for some reason I never published it. Well, that doesn’t matter anymore because two very smart companies just made him pro, The Shadow Conspiracy and Kink. 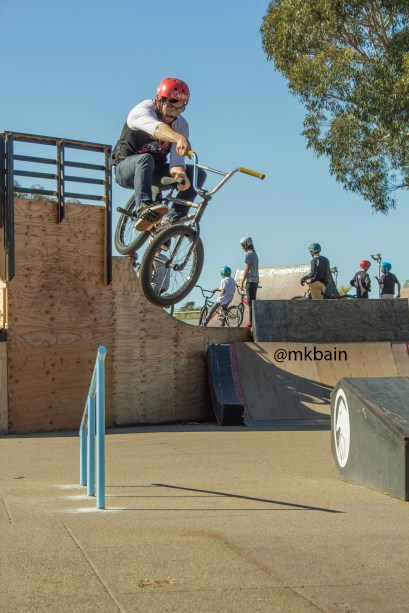 Al has been riding for both companies for years, has serious street skills, is known for great inverts, obviously loves every second he spends on his bike and is your favorite rider’s favorite rider. Personally, I think he has one of the best toboggans; I gave away this shot of him last summer as a free download and it was one of the most popular things I did last year. Lately he’s dialed in nollie tbogs which is just ridiculous.

Last week, while he was is Arizona for a BMX shop tour, Shadow announced he was being promoted to the big time. Continuing an amazing week for Al, he then went to Florida to join the Kink team for a trip and they announced he and Chad Osburn were being made pro.

Giant congratulations to Albert Mercado, he earned this completely and I can’t wait to see what’s next for this San Diego ripper!