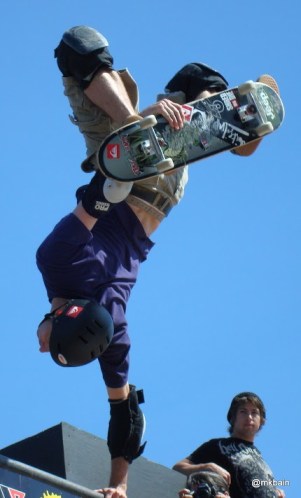 In it’s seventh year, The Clash at Clairemont is not only San Diego’s premiere action sports event it has also raised over $120,000.00. The event benefits the Krause Family YMCA Skatepark and Grind for Life, a charity that helps families with the high cost of fighting cancer.

This event is also what got me started with my own site. I covered Clash 2&3 for the Clairemont Community News. Looking back on it now, I was completely starstruck to have access to this event, the skaters and BMXers. Leading up to the fourth Clash I jumped blindly into the blogoshpere with enthusiasm and a willingness to try. That eventually lead to Sore Eye Sports. I still cover the event for CCN and will as long as they’ll let me. 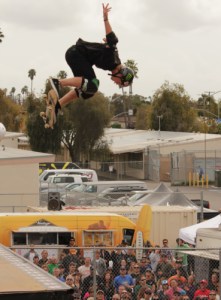 Saturday, June 1rst at Krause, join me for what will be an amazing day of skateboarding, BMX and fighting cancer. This year will feature a giant addition to the Clash, The Sonic Generations of Skate presented by Sonic Lost World! This unique team competition format celebrates three generations of half-pipe skateboarding over the past decades. Each Team consists of one 40-something skater (first generation), One 30-something skater (second generation) and one 20- something or younger skater (third generation) competing against the other teams with the same mix!

For a $10 donation you will have access to an amateur skate contest, 5 pro BMX and skating demos, amazing live music on the 91X stage and tons of family friendly fun in the booth village. There are challenges, games, freebies, food and more for you to enjoy before and in between demos. Click here for the schedule.

Here’s the official preview video followed by a few video clips of mine from past events. Last year got rained out, we called it Splash at Clairemont, so mine are at least 2 years old but the stoke remains. Shout out to my old Blackberry Storm that I “shot” Simon’s 900 with. I hope to see you there, I’ll have tons of stickers on me!

One thought on “Clash at Clairemont 7 Preview”