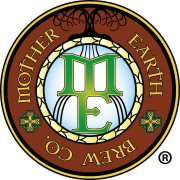 The full portfolio of Mother Earth’s offerings will be available through Stone, centered on its year-round core line-up up of West Coast-style ales including: Cali Creamin’ Vanilla Cream Ale, Kismet IPA, Pin-Up Pale Ale, Hop Diggity Double IPA & the latest addition, Sintax Imperial Stout. Mother Earth will maintain self-distribution and sales of retail bottles in the greater San Diego area; however, all draft will be handled by Stone. In addition, Stone will represent Mother Earth for both bottles and draft in Los Angeles, Orange, Riverside, San Bernardino, Santa Barbara and Ventura counties.

In speaking about the new agreement, Daniel Love, Co-Founder and General Manager of Mother Earth Brew Co said; “After fully evaluating a very competitive market, there was only one clear distributor that we wanted to partner with. We feel that Stone Distributing, with our support, is the best choice to sell and deliver our brand in the areas that they serve. We couldn’t be more excited.”

“We are proud to play a helpful role in expanding the availability of the high quality beers of our North San Diego County brewing contemporaries at Mother Earth Brew Co.,” said Stone CEO and Co-founder Greg Koch. “Stone firmly believes that partnerships like this, with reputable brewers that we respect and admire, are key in advancing craft beer’s reach and repute.”

Core draft and bottles are shipping now and will be available to order throughout the Stone network effective immediately. Seasonal and specialty beers will also be carried via Stone in the coming weeks.

About Mother Earth
Founded in 2010, Mother Earth Brew Co. develops hand crafted artisanal ales in both year-round, as well as seasonal and specialty offerings. Its award winning beers help define the standard of West Coast Craft and have led to year over year growth of over 100% since its inception. With two tasting locations within the City of Vista including a large Tap Room that anchors the historic Vista Village District, Mother Earth is proud to be a part of the San Diego craft scene and its many premier craft breweries.