San Diego, The Craft Beer Capital, continued it’s winning ways at the Great American Beer Festival (#GABF). Here’s a list of the local winners and my thoughts on each beer. There are tons of amazing craft beers I’m not going to talk about, I focus on SD, so here’s the link to the complete results for the serious suds geek to review. 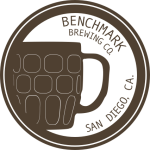 Let’s start with the clean sweep in category 14, Session Beers. What is a Session beer you ask? A session beer is a beer that has the characteristics of the style of the beer being made but with a lower alcohol content. These beers focus on drinkability while staying true to the original style. This is a newer category and Benchmark winning Gold was an awesome surprise.

Category 21 is the American-Belgo-Style ale. A beer that embodies both can be a difficult balance but Le Freak has always been on of the few I almost enjoy. Congrats on the bronze medal Green Flash!

International-Style Pale Ale, category 51 is not where you would expect Pupil to be entered. This is where some creativity on Societe’s part paid off with a bronze medal. Some long over due recognition for delicious beer making going to one of our city’s elite brewers! Shout out to #teampupil although I’m #teamapprentice.

Ballast Point jumps into the medal pool with a gold in category 52 for Grunion. This category is American Style pale ale and Grunion is a great representation of that!

The category you would expect San Diego to dominate in is 55, Imperial India Pale Ale (dipa), but traditionally we are overlooked. We are hop crazy in this town and it doesn’t always please the rest of the country. Hop 15 from Port Brewing takes home the silver and bragging rights, beating Pliny the Elder that got bronze.

Keeping it rolling with the winning Imperial ways, Port gets bronze for Shark Attack in category 57, Imperial Red Ale.

In category 62, Irish-Style Red, Ballast wins silver for Piper Down. This awesome beer is on the shelves waiting for you to buy it up.

St. Archer has had some consistency problems but not with this particular beer. Bringing home the gold in category 71, Belgian Style witbier with their White Ale. They have done nothing but improve as time has gone on and I hope that continues.

In category 76, Belgian Style tripel, Pizza Port OB gets the bronze for La Flama Dorada. This is the first medal winner on the list I haven’t had and I’m going to have to change that.

Stone is another brewery that traditionally doesn’t do well in “style” type competitions. Not the case in category 78, Other Belgian Style ale. Collecting the gold for Witty Moron, the people down at Liberty Station have been kicking butt and I’m glad they got some hardware.

I saw 3 different beer people post, “There’s a rule at beer competitions, Jeff Bagby gets medals.” Even though Bagby Beer has been open less than a month, they’re bringing home bronze in category 81, Classic Irish Style stout, for Asphalt Jungle. When I finally get up there this is the first thing I’m trying.

So there you go, a kick ass list of kick ass beers made by kick ass breweries right here in San Diego. The only other region of the country that got this level of medals is Denver/Aurora/Boulder. I’m not sure I should really lump them all together but I think it’s comparable to San Diego County in number of excellent breweries.

What should we conclude from all of this? San Diego’s claim as the Capital of Craft Beer is solid. We have more breweries than any other county in the USA (no, not per capita, yet), are home to several world class breweries, have the largest beer economy for a region by far (surpassing 35 states), have 6 of the top 50 breweries in the world, 6 of the top 50 rated beers in the world (ok, 5 of them are Speedway Stout and variants but Cable Car is in there too!), 3 of the the country’s top 50 craft breweries by volume (Stone, Ballast, and Karl Strauss), and overall the most amazing community of brewers and breweries striving to elevate the quality and awesomeness of the entire region’s craft beer. I made this banner about a month ago but it seems appropriate to close out this article with it too, cheers!