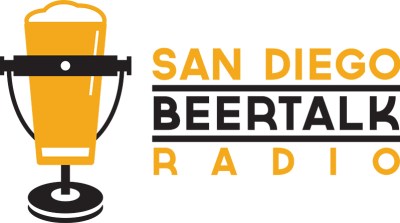 Hello amazing people that support me! I’ve had a very busy quarter and I wanted to catch you guys up on some awesome news. Three months ago I was invited by Greg Homyak to join San Diego BeerTalk Radio as the new co-host. Of course, I jumped at the opportunity to spend more of my time discussing the amazing craft beer we have here in the Capital of Craft. Since I joined, we’ve recorded 11 shows, some of which were split over two parts. I’m going to go through them from most recent to my first show and give you my thoughts on how it went. You can find us on our website, in Itunes, and in most pod cast applications. Make sure you subscribe to our show in your favorite format to keep up with the latest episodes.

Our most recent episode, #31, was recorded live at Common Theory during our first anniversary party. If you weren’t there you missed out on some great berliner weisse variations from Intergalatic and Kilowatt. Shout out to Home Brew Co., Intergalactic, and Kilowatt for brewing a 3 way collaboration, yogurt berliner. It was a truly excellent beer and the watermelon, pomegranate, and passion fruit variants were delicious. This was the first time we pushed our podcast through a monitor so the people watching us could hear everything we were saying better. I have to say it was awesome and I hope we do that more often. Having the interaction with the “crowd” was super fun. We discuss the big news from Lagunitas, St. Archer and Stone among many other topics. BTW, you are always welcome to come witness our shows, we encourage an audience!

Published Sep 8th, was the first half of episode #30, we’re discussing this Thrillist article on How to be a Better Beer Snob. Hanging out at 57 Degrees (our home for recording shows) with members of Intergalactic Brewing and 2 Kids Brewing while going through the list and giving you our thoughts on it. I really enjoyed this episode, it was fun hanging out with these guys discussing a pseudo beer article.

In episode #29, we’re interviewing Candace Moon, the Craft Beer Attorney. We are in her office, where she had both .394 and 2am Bike Ride on tap. This is a great discussion on how she became the go to attorney in San Diego for anything involving craft beer, some great advice on starting up a brewery (or any business really), and a her book, Brew Law 101, an awesome resource if you’re even considering taking on the monumental task of opening a new brewery. Have a listen!

Episode #28 is our Baconfest preview. If you are an avid follower of mine, you know we were invited to podcast from the festival as well as be the food judges for the best dish served, that episode will be released soon. The sacrifices I make for you guys, ha! In this show we sit down with organizers Robert and Gus to discuss all the awesomeness that is Baconfest. Obviously it’s too late for this year but I’m telling you this is one of the premiere festivals our city has to offer.

In #27 we’re sitting down with one of the coolest people on the planet, Karl Prohaska. We discuss what he’s been up to since leaving “the hotel that shall not be named”, future endeavors of his, and we make him try some Cellar 3 beers. Drinking and chatting with this man is terrific fun and I wish we could hang out more often.

#26 has us hanging out in the Abnormal Beer Co. brewery. We were lucky enough to spend an evening with Derek talking about the awesomeness that is Abnormal Beer/ Cork & Craft/ Abnormal Wine trifecta up in Ranch Bernardo. We didn’t try any wine (shocker) but I can tell you the beer and food are stellar and you need to spend a significant amount of time here.

Thanks Dustin, you got us drunk, is the title of episode #25; a two parter. A listener (Dustin) sent us a few beers, coupled with a ton of Brian Mitchell’s home brew, and a delicious IPA; we got blasted. This is hours of drunk ramblings, if you’re going to skip one of these, this is the one. If you happen to be a champion and make it all the way through, you’ll hear me say “Email me if you happen to make it this far and I’ll send you a Sore Eye Sports 5th Anniversary glass”. That offer is now closed and I’m out of glasses thanks to our awesome listeners!


Show #24 is at Rock Bottom in La Jolla. We’re hanging with brewmaster Carli Smith and her assistant Ben. We had a really fun night talking in their event space that overlooks the rest of the restaurant. I have kind of overlooked Rock Bottom in the past but the beers we drank that night decidedly changed my attitude about them. Get over there!

For #23 we’re at Duckfoot Brewing in Beeramar. They have a stylish tasting room that we were lucky enough to record in while they were closed to the public. I really dig these guys, they’re making great beer that also happens to be celiac friendly. I will be going back to Duckfoot.

In #22 we’re at the Ugly Dog talking to members of QUAFF, North Park Beer Co. and NHC. If you haven’t been to the Dog I suggest you visit. It’s near SDSU, has a great tap list, and free pool!

Episode #21 is an interview of me and my introduction as the host. I truly appreciate Greg giving me this opportunity to be on the show. I was a little apprehensive at first in my own abilities to talk this much about the amazing beer we have in San Diego but I feel like I’ve just dipped my toe in after recording these shows. As I’m typing we also have 3 unpublished shows that will be released soon. Coming up soon is the second half of episode #30, the live Baconfest show, and the freshly (last night) recorded Regents Pizzeria episode.

What does all this podcast stuff mean? It means I’m spending a lot of time talking about SD craft instead of typing about it. The enjoyment level of my involvement with SD BeerTalk Radio has been nothing short of astonishing. I’m finding the process extremely rewarding and fulfilling. We have an audience that is growing very quickly and that is all I can ask for. Want to help us out? Like our Facebook page, invite your friends to do the same, subscribe in Itunes, find us in your favorite pod cast app (I use BeyondPod), follow us in Twitter, or follow us in Instagram to keep up with our moves. Leave us a voicemail at 760-919-4004 or 619-900-6000 and we’ll play it on the show! Email us at brian@sdbeertalk.com or greg@sdbeertalk.com and let us know what like or don’t like about the show! Are you in the industry? Come be on our show!

Thank you to everyone that has supported me, friended me, argued with me, drank with me, and partnered with me along this journey into the craft beer community of San Diego. I cannot wait to see what adventures are in order for this upcoming year, cheers!