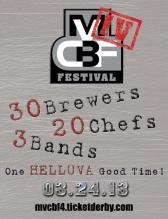 On Sunday March 24th, the Handlery Hotel will be hosting the final Mission Valley Craft Beer and Food Festival, the best beer event our city has to offer. We have many, many good festivals but MVCBFF delivers greatness. Thirty San Diego breweries and twenty local chefs will offer a taste of what they do best. The combination of amazing food and world class San Diego beer elevates this festival to a level few compare with. Add live music throughout the day and after party and you have an incredible value for the $35 ticket.

The Handlery is known for consistently supporting the SD craft beer industry and this is their crown jewel. You will have the opportunity to sample 40-50 different beers made right here in our hometown and lots of offerings from local chefs. There are no taste tokens or cards to punch; you simply enjoy as many dishes and beers as you want.

Located right off the 8, the hotel is easily accessible and offers up lots of space to accommodate the festival. You won’t just be standing in line, there’s plenty of room to wander, socialize, watch the band or take a break at a table. It’s simply a well run, high quality beer and food tasting featuring some of San Diego’s finest breweries and chefs. Benefitting Wounded Warrior Homes, you’ll be doing good as well as having a blast. 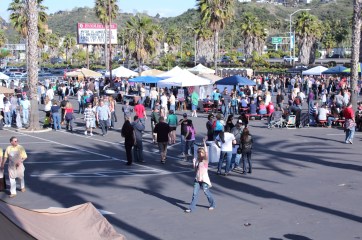 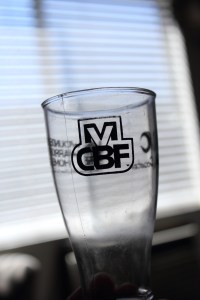 It’s difficult to accept that this will be the final go around. Due to exploding competition, the San Diego beer festival market has been flooded and the Mission Valley Craft Beer and Food Festival has not received the support it deserves. If you have not attended one of the previous years, you owe it to yourself to come and see what this event has to offer.

Want to kick it up a notch? Why not grab a room at the Handlery, get a ticket to the after party and keep it rolling after dark? That’s my plan and if past years are any indication, it’s going to rock. Let me know if you’ll be there, hit me up for stickers when you see me and share this around!