On the 3rd day of beer week, there shall be the sharing of bottles! Join hundreds of your friends during San Diego Beer Week as we set the record for the World’s Biggest Bottle Share on 30th St.! On November 9th, from Normal Heights to South Park, partake in what will be a benchmark beer week event. Spreading the enjoyment of amazing craft beer is what San Diego, The Capital of Craft, is all about! Come celebrate by sharing some of your favorite craft suds at one of 9 stops along 30th. For $20 you get a t shirt, tasting glass (yes actual glass!), unlimited shuttle riding and the guarantee of a great time. This event will be great for inexperienced and experienced craft beer bottle sharer alike. For the aficionados out there, sign up for the special shares after you purchase your ticket to hang with one of our county’s brew masters as they share something special with the few that register fast enough!

SAN DIEGO, October 21, 2014 – This year, during San Diego Beer Week in November, revelers will be encouraged to help set a Guinness World Record stretching over 2 miles for the World’s Biggest Bottle Share on 30th Street.

San Diego County is home to over 90 professional brewhouses – the most of any county in the nation.  The communities of North Park, Normal Heights and South Park boast what Men’s Journal has dubbed ‘America’s Best Beer Boulevard’ – 30th Street – which is host to such craft beer luminaries as Hamilton’s Tavern and Toronado, and inventive craft beer-centric restaurants like Waypoint Public. The stretch even boasts Imbibe magazine’s cocktail king of 2013, Polite Provisions. 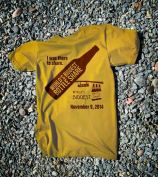 “A bottle share usually involves a group of friends or enthusiasts getting together to try great craft beer,” said Omar Passons, one of the organizers and co-founder of the Craft Beer Association of San Diego. “For this event, we are encouraging craft beer newcomers and enthusiasts alike to sign up, pick up a bottle of great craft beer, and come form a human line the length of 30th Street that will celebrate all the great craft beer our region produces and the spirit of community it fosters.” After the festive line up for photo opportunities using Go-Pro cameras and a social media surge, participants will be able to take their bottle into one of several participating restaurants and bars along the route to share with friends and strangers alike.

The World’s Biggest Bottle Share on 30th Street is a combination of festival and bar crawl from Adams Avenue to Beech Street along 30th Street, with participants getting unlimited transportation on shuttle buses running every 15 minutes throughout the event. For $20, participants will get a commemorative t-shirt, a 5-oz taster glass souvenir and unlimited transportation during the event. A select group who pre-register will also get to try special tastings with area brewers.

“This type of event highlights the great synergy between restaurants like ours and the amazing craft beer San Diego is famous for,” said John Pani, owner of Waypoint Public, a North Park restaurant that, like its predecessor Station Tavern in South Park, is family-friendly and craft beer-focused .  Where to share? The list of businesses who will allow bottle share participants to bring in their bottles includes: Polite Provisions, Toronado, Waypoint Public, Bluefoot Bar & Lounge, Brabant Bar & Cafe, Station Tavern, Alchemy Restaurant and Hamilton’s Tavern.

“I love sharing the passion my team puts into making great craft beer,” said Peter Zien, owner of Alesmith Brewing Company, which has been ranked as the number one brewery of any size in the world four times in recent years.  Added, event co-sponsor, Mike Hess of Mike Hess Brewing “We began as San Diego’s first production nano-brewery and have built our brand by building a world-class, state of the art production facility and tasting room in the heart of North Park because we believe in giving people a local, walkable option to enjoy great craft beer.” After the photo line-up to set the record, participants will be free to hop on the shuttles and enjoy each community.  “Alternative transportation, independent small businesses, and sustainable practices are as core to these communities as craft beer has become to our region and we are excited to help visitors and locals alike experience the biggest beer week in San Diego,” said Angela Landsberg, Executive Director of local business improvement district North Park Main Street.

The event begins at 12:00 on November 9, 2014, where participants lined up along 30th Street will be encouraged to wear their event t-shirts and take selfies with award-winning brewers before enjoying an afternoon of sharing beer and sampling the more than 50 restaurants and bars along the route.  For more information about the event and to purchase tickets, please visit http://SDBottleShare.com

Update #1: G Squared, a San Diego IT company, has jumped in to sponsor a 4th signature share. There will be seatings of Black Tuesday, Chocolate Rain, and The Wanderer! No, no extra cost. Just the standard ticket price. Pre-register only, though. Location on the route TBD. Get those tickets!